On August 1st 2018, the visit of Chile's President, Sebastian Piñera, was timed to coincide with the fist day of the application of the Residency Law for Easter Island that the Chilean Senate and Congress had approved earlier this year. 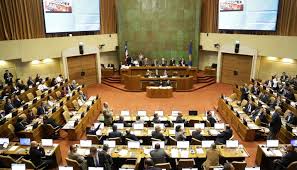 For the visitor who plans on fulfilling their dream of setting foot on the enigmatic island, you will notice little change. On check-in at Santiago airport everyone is asked to fill in a piece of paper with the details of their trip: length of stay, accommodation etc., and this is checked again as you board the plane. 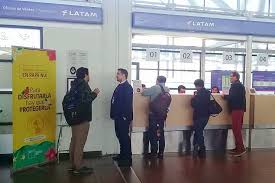 The key points of this new law is that no-one can stay stay on the island for longer than 30 days, without being a prior resident or having a defined work contract.  This isn't aimed solely at foreigners, but at Chileans too, which has created some hard feelings on the mainland, since Easter island still depends enormously on Chile for nearly everything.

However something had to give, and in the 20 years that I have been here, the local population has risen from 3,700 to over 8,000 people, and it was only getting more popular for people to want to move and live here.  The roads and infrastructure could no longer handle all of the people, and basic services such as the island hospital were buckling under the demand.

This new law would have ideally come about 10 years ago, but congratulations must be given to the island authorities who have followed this through until now.
Posted by James Grant-Peterkin at 16:30 No comments:

On August 1st, the Chilean President Sebastian Piñera spent 24 hours on the island, and his whistle-stop tour included the signing of 3 important law changes that will affect the future of this island. 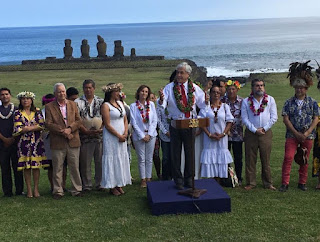 Secondly, he signed the bill for the introduction of the new Residency Law, which as of August 1st 2018 limits the length of time that visitors and any non-residents can stay on the island. See my subsequent post about this, since it is one of the most significant changes to affect the island in recent history, and is a long-overdue solution (hopefully) to the island's growing population.

Thirdly, he met with the 6 new local councillors who will make up the island's ocean committee, and whose responsibility it will be to control the island's recently-designated MPA (Marine Protected Area). Easter Island's MPA was created in 2017, and covers an area of 740,000 sq. km - one of the largest in the world.

All in all a very productive visit by the Chilean leader!

Posted by James Grant-Peterkin at 16:39 No comments:

Given the distances involved with flying to Easter Island, the type of aircraft used on the route has always been an important issue, both in terms of the number of people it can accommodate, and the level of comfort it provides for the 5.5 hours of flying to the island.

Up until this month, the island had enjoyed being served by the most-modern and environmentally friendly plane in LATAM's fleet, the Boeing 787 Dreamliner: 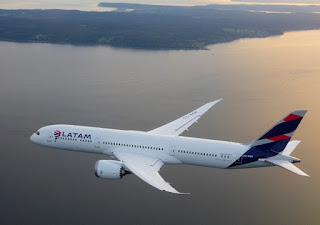 However, recent problems that these aircraft have been having with their Rolls Royce engines, have led to many of the earlier models (of which LATAM was a fervent buyer) having to be returned and refitted, leaving them with 9 aircraft currently out of action.  LATAM have remedied this by leasing aircraft from other airlines, and for the next few months it appears that most of the Easter Island flights will be performed by these former Singapore Airlines Boeing 777-200s: 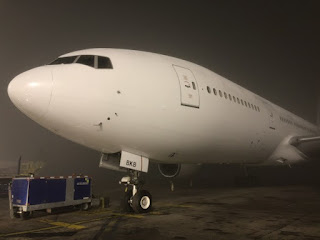 Not a problem you say, and it isn't really, except that these B777s were delivered to Singapore Airlines in 2001, and as far as we can see, no upgrades have been made to their interiors since then: 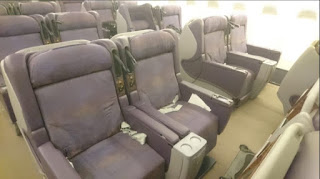 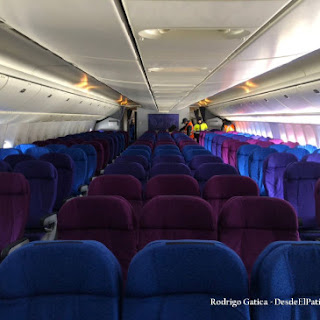 Not ideal if you were looking forward to LATAM's award-winning onboard product, but the good news is that frequencies to the island haven't been affected, meaning that the same amount of visitors will still be able to make it to Easter Island during this difficult period for LATAM.  Happy flying!


Posted by James Grant-Peterkin at 15:12 No comments:

For the first time ever in the 40+ year history of the Tapati Rapa Nui, organizers were unable to find a clear difference between this year's candidates, and a tie was called.  In a brand new format of each female candidate also being accompanied by a male 'Aito', the festival thus finished with 2 Queens and 2 Aitos: 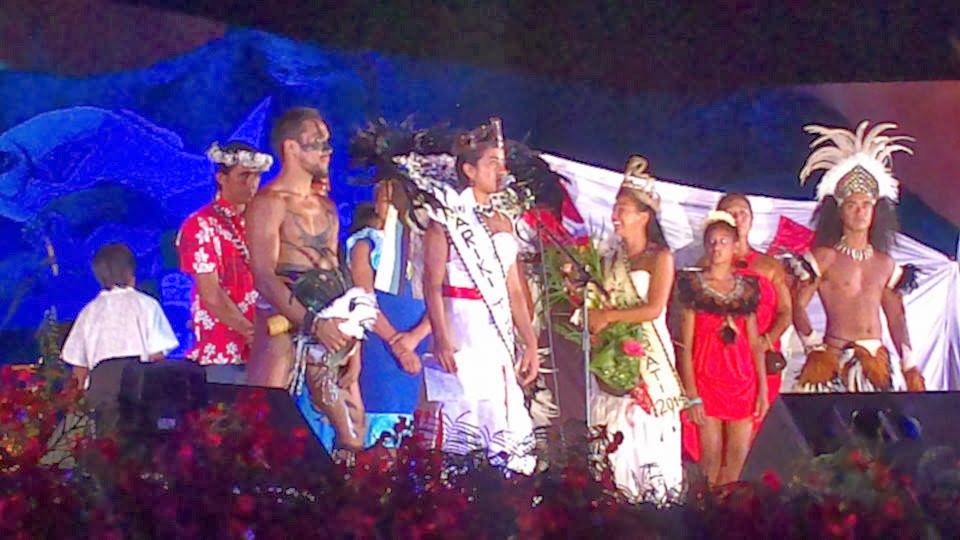 Congratulations to Taurama Hey & Hopumanu Rapu, together with Vai A Rupe Hotus & Korike Teao for all of their work in helping to preserve this unique and fragile culture.
Posted by James Grant-Peterkin at 08:59 1 comment:

A new hospital for Easter Island

After years of relying on fairly rudimentary medical facilities, the Chilean Government fulfilled one of their long-running commitments to the island, and built a state of the art hospital for the residents and visitors of Rapa Nui.  President Sebastian Pinera visited the island for the first time since taking office, and officially opened the new hospital at the end of last year. 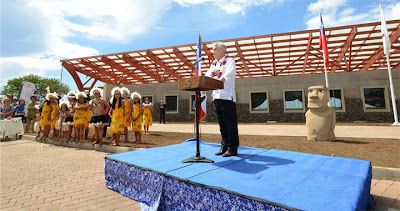 While very specialist treatments will still require travel to Santiago, the idea is that many more people can now be treated locally, as well as including a small Local Medicine department, focusing on traditional Rapanui alternative medicine.

The new hospital remains on the same site as the old one, on Simon Paoa street, but now covers an area about 4x as large, and also includes housing for medical staff. 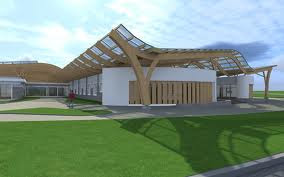 Posted by James Grant-Peterkin at 02:25 No comments:

104 days after departing from New Zealand, 2 traditional Polynesian canoes and their 20 Maori crew arrived at Rapa Nui, over 10,000 miles away, in late November 2012.  Having navigated across the world's largest ocean entirely by the stars, sun, moon and ocean currents, and only stopping at Tubuai and Mangareva in French Polynesia on the way, they successfully recreated one of the possible routes taken by the Polynesians who colonised Easter Island over 10 centuries ago.  Not only was it an incredible feat by the crew, it was also an important and highly symbolic joining of two of the extremities of the Polynesian triangle. 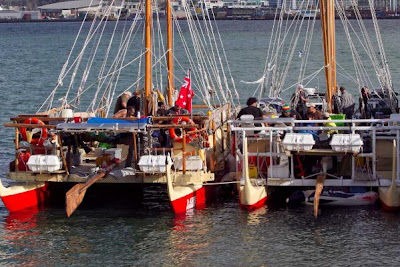 Waiting for spare parts from mainland Chile kept the crew here on the island for almost a month, and they became well-known members of the island community.  They set sail for the return leg to Tahiti on Boxing Day, from where they'll fly back to New Zealand sometime in February.  Congratulations to the entire crew.
Posted by James Grant-Peterkin at 13:33 No comments:

After a month of heavy campaigning by the 5 candidates for Mayor, including the incumbent Luz Zasso Paoa, municipal elections on Sunday confirmed the return to office of Petero Edmunds Paoa, who had previously held the position from 1996 - 2008.  A total of almost 2,200 voted, with Petero obtaining 937 votes (42.7%), and Luz coming second with 27.4%. 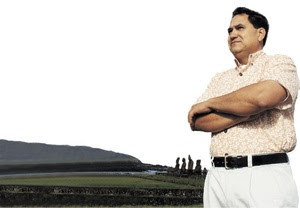 Petero currently represents Chile's Partido Progresista, having represented the Partido Demócrata Cristiano during his previous tenure as Mayor.  He also served as the island's Governor between March and August 2010 before resigning in one of the most unstable periods in the island's recent history.

Congratulations to all 7, and we wish them every success for the island's healthy growth over the next 4 years.
Posted by James Grant-Peterkin at 10:32 No comments:

James Grant-Peterkin
I first visited Easter Island in 1996, and have been a permanent resident here since 2007. Author of 'A Companion To Easter Island'. 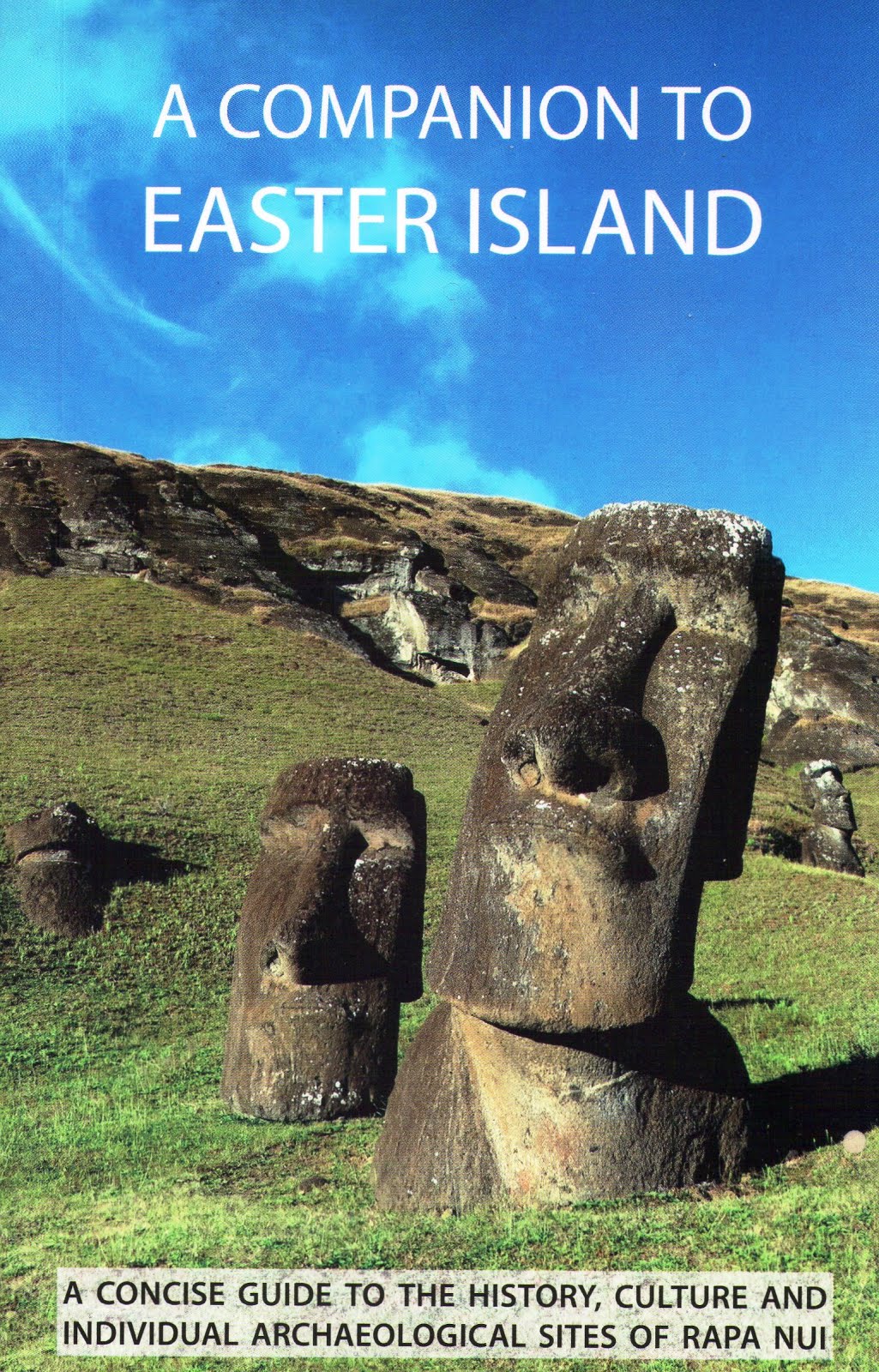